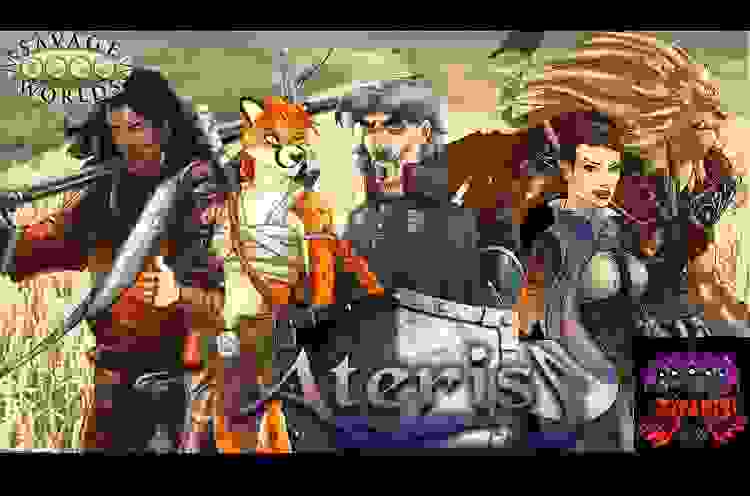 Ateris, is an ancient world, steeped in magic and tradition. In an age lost to legend the world was ruled by the sinister being Warros.

Warros, ejected  by his own pantheon was dropped from the high plane and hurled across the multiverse. He landed on Ateris, where he set about subjugating all creatures to his mad rule. Once Warros gained dominion over the sentient creatures of the Ateris, Warros set his sights on dominating the various pantheons of Ateris.

To this end, he sundered the single great landmass of Ateris. The result was a cataclysmic disruption of the world nearly causing the end of all life. The Gods used massive amounts of their power to protect a core group of their followers. Exactly as Warros planned.

In their weakened state, Warros gave them a simple choice: bend the knee to me, or you and your followers die. Left with no choice, many of the gods bent to Warros’ will.  Those that did not, were destroyed, along with their followers.

The war of the gods was horrific in its scope. In the end, Warros stood triumphant, but the seeds of rebellion were already sown. The Gods planned to raise heroes to accomplish what they could not. They discovered Warros’ flaw. Warros is not native to the world or the material plane, so on the material plane a mortal can destroy Warros where a divine being couldn’t.

The gods chose and sponsored their heroes. Building them up to the point, they could challenge and ultimately defeat Warros.

The battle was tremendous, and in the end, the heroes exploited Warros’ weakness. The victorious heroes stood in the mist of a horde of riches collected through the ages.  One of the treasures collected was the greatest bard that has ever lived. Kept alive by Warros’ power and driven quite mad the bard divulged Warros’ final secret.

Ageing before the heroes eyes, becoming old and frail in a matter of moments, the  bard pressed on the wizard of the group a book written by her hand.  Her last words were, he foresaw his end, and prepared a way for his return. Or so the Legend goes, but we are beyond such foolish superstitions now...

If you would like to listen to our Podcast, you can find us on Apple Podcast, Spotify, Buzzsprout, and Google Podcasts. Click the link below to tune in, or scroll down to read up on more information!